We have to develop the habit of thinking and learn to appeal to the heart.

Should I be patience? Should I persist? Or should I take the courage to say “no”?

Each of us has this qualification or strength in our hearts. It’s just that you need to find them and keep using them until you become good habits.

The principle of Stoicism 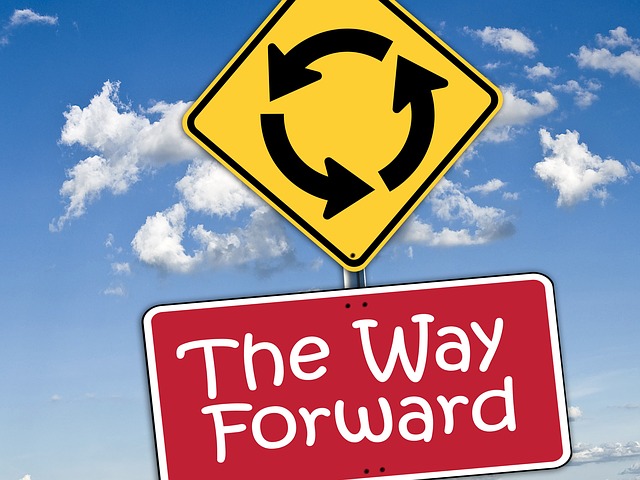 Epictetus, a philosopher, stated that all external events are beyond our control; we should accept calmly and dispassionately whatever happens. However, individuals are responsible for their own actions, which they can examine and control through rigorous self-discipline.

Focus on what you can control – 4 case studies

There is a boy, whose appearance and background are all average. He is also not tall.

His parents were always worried about his marriage and introduced him to the girl everywhere.

By dating, no fewer than twenty or thirty girls were interviewed, and none of them could move into a further relationship with him.

He complained that the girls were too realistic and talked about material conditions as soon as they met.

He often said: If I am handsome and have money, why should I choose you?

With such a state of mind to find a partner, the possibility for him to find one is low.

It’s very sad to have such mentality.

He was not aware of his problems.

If you want to catch up with a girl. You should try to show their best side, of course, but also perseverance, with your sincerity to impress others.

As for what others are like, we can’t control it. The only thing you can do is show your gentlemanly side.

It’s all about doing your best and listening to your destiny.

In other words, focus on the things that you can control.

The picture is from the network.

Someone is looking for a job. He sees several people who are competing for the same position during the interview.

He asked others about their education and work experience

He often never hears anything back after the interview.

After a long time, he felt anxious and angry.

He complain about this society is too realistic. People only look at education, only see who will brag.

In simple words, it’s not fair to him. Good luck is for others to take over.

Everyone came into this world, from the moment of birth has been doomed to injustice.

And all you can do is to find your own world in this unfair world.

There are many reasons for the failure of the interview, perhaps limited quota, merit-based admission, or HR and you are at a different level, or someone else is better than your expression.

But for whatever reason, failure is failure.

A bad result should make you aware of your problems – review, correct and strive for the next success.

It’s the only thing you do that can have a little impact on the outcome, and nothing else you can control.

In University, there is an elective course that most of the students need to re-test or re-do the subject a few times before passing the subject.

The students who have re-tested or re-done three or four times, mentioned that they are scared of this subject.

Once the counselor said in class: some people in the class elective courses, the same test papers have been done four or five times still fail. What are they thinking? They have done so many times. Why is it so difficult to pass the exam? It’s even more ridiculous to have someone to take the exam on behalf of others.

This negative attitude is also doomed to the results of less than satisfactory.

If the same student has done the same test paper for 3 or 4 times still failed, then it’s his problem.

And some students even scolded the teacher deliberately embarrassed themselves and want to get the tuition fees back.

This mentality not only does not help, but also limits their own development.

If you can objectively realize that they failed the exam because there is no review. As long as they make a serious preparation in the next exam, the results will often be different.

Again, focus on what you can control.

A Relative’s child is starting high school. He is not a big guy but his temper is not good. He often argues with his parents.

Originally the child’s academic performance was good. But the results plummeted when he gets older, the two generations of quarrels become more frequent.

Parents think that he should focus on the study in his age. Interests and hobbies are nonsense.

And because he joined the school team’s football club. Every day after school, he plays football. Sometimes he doesn’t eat go home. That makes this parents to worry.

They both feel that the other side does not understand themselves.

Especially the parents ask him to study during Winter and Summer holidays.

Even so, his grades still don’t go up. Learning became a painful thing, and football became all he had.

His parents sighed all day long, and he didn’t want to stay at home.

Then someone came up with an idea for the parents: he wanted to play football and you let him play, but only if the grades were in the top twenty or thirty (his previous average).

As long as he can reach or improve, he will be free for the Winter and Summer holidays.

From then on his parents rarely care about him. After a semester, he really can play hard and study hard.

How many parents worry about their children’s grades all day long, and if they can figure out what is manageable and what cannot be changed. Treat the problem objectively and focus only on the parts they can control. The results are often better than expected.

A colleague’s new phone was stolen in less than a week, but it took months to talk.

It’s a thousand of dollars, what else can you buy?

But there is a kind of intelligent person, whether it is the loss of money, or encounter misfortune, they can stay calm, rarely worry about the mistakes in the past.

The principle of Stoicism allows us to face the small things calmly. In the face of big things, things don’t change.

Because, even if you are a strong person, you can only focus on the part they can control.

Remember: good things can only be found in the things you can control.

Time Management – How To Manage Time Effectively and Tools