How to turn Negative Self-Talk into a Positive one? 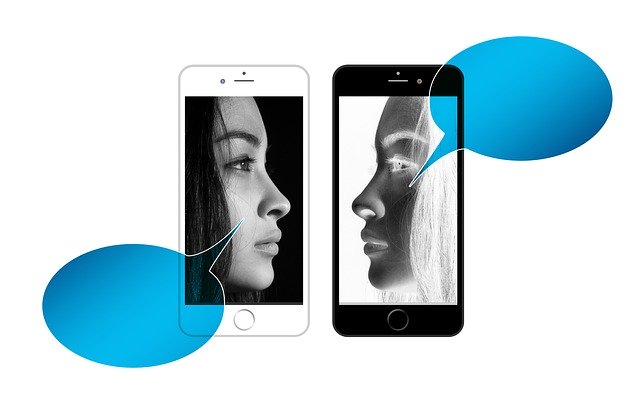 I believe that many people or people around you have self-talk experience, for examples, during work, reading, watching drama, playing games and even shopping. People unconsciously start to talk to themselves. Most self-talk is happening when they are alone. Self-talk when someone is around will make people feel strange and unconsciously turn us into embarrassment situation.

In fact, self-talking does not mean that you are not normal or sick. Most of the self-talk is normal. However, self-talk is also a common clinical symptom of psychiatry, often found in schizophrenia, or other mental illness accompanied by mental symptoms. This kind of self-talk is generally no logical and nonsense.

Why do normal people often talk to themselves?

After the age of 2 years, children enter the outbreak of language, will begin to talk to themselves, imitate adults to speak, like to play different roles and self-dialogue, because the cognition has not yet developed perfect. They will express their inner thoughts directly and are free to talk.

The age of 3 or 4 years is the highest peak of the child’s language development. They like to play with toys while self-talking. They are telling themselves what they are doing, what they are going to do. Their thinking is sound external language, which usually begins to fade away at the age of 8-9. They slowly begin to have their own internal language, and they begin to talk to themselves in their minds.

After years of refinement, adult language has been able to carry out internal language – in the inner dialogue and control their own language. But why do we still often have a self-talk situation?

1. Talk to yourself because of loneliness, and self-talk can ease loneliness and stress, as well as ease emotions

The famous “Mr. Bean” is often self-talk. His surface seems to be alive and comfortable, however the actual heart is lonely. He is often by himself, and self-talk with his teddy bear all the time.

Some people talk to themselves because of the lack of friends around or because of the lack of attention of others become lack of communication with others. Because of loneliness, in order to convey the inner desire to communicate and express themselves, they will be through the form of self-talk to ease emotions. Self talk is more often, especially for the only child when their parents always do not stay with them.

Some psychologists believe that self-talk is an effective way to eliminate tension, which is beneficial to physical and mental health, and can calm down our nervousness, restore psychological balance, and find the outlet of self-excitation.”

2. Organize your thoughts and integrate your memories

When we go to the supermarket to buy stuff, even when we are doing tasks, we will also talk to ourselves. The programmer will often have a self-talk situation, in fact, this is to help us organize their own ideas, organize logic and improve their attention.

When we read or recite books, we also speak the words out, which is also to strengthen memory.

Dr Paloma Mari-Beffa, a senior lecturer in psychology at Bangor University in the UK, has studied the effects of reading aloud on people’s attention and performance.

In the end, it was found that people who read aloud were more focused and performed better overall.

This can also be said to be our thoughts is the process of externalization. We express our thoughts through our own oral language, which makes us more aware of our thoughts.

3. Concerns or preparedness in social relationships

We live in various social relations. Because  of that ,we cannot or are not dare to express our sincere words. There are concerns and defense between people. At this time, self-talk becomes a safe language venting. Through self-talk we can speak freely. We do not need to think about what others think and do not need worry about privacy leakage.

In some cases, when we need to face a task that we haven’t done, or when we need to speak to people, we don’t consciously think about what might happen. We’re nervous and we’re worried about being ugly. So, to ease the mood, we’ll cheer ourselves up. We’ll talk to ourselves, to suggest that what’s next isn’t terrible and allow yourself to actively face it.

In addition, in a study conducted at Bangor University in the United Kingdom, Alexander Kirkham and others have found that speaking to yourself can actually improve the individual’s ability to control tasks, and the effect is significantly better than the silent self-talk. The researchers gave 28 subjects a set of written instructions asking them to read them silently or in silence, and measured their attention and performance. The results show that both indicators are more ideal when the sound is made.

Most of the advantages of speaking simply come from hearing yourself, because auditory instructions are better at controlling behavior than written information. If we try to improve the control in the task by speaking to ourselves, the effect of speaking out will be much better. Self-exasperating is to improve our control and relieve tension by speaking to yourself to face the task.

Many of us like to talk to ourselves when we watch a play, discussing the main characters, discussing the annoying co-star. When playing games, boys like to play while spitting, saying dirty words. This phenomenon is only through the catharsis of language to vent their inner feelings, rather than suppressing the pain.

In fact, self-talk has certain benefits in most of our life: to relieve the pressure to or vent emotions. Moderate self-talk  is not important in the case of not disturbing the lives of others. Do not worry too much. If self-talk is too often, uncontrolled, nonsense and seriously affect others life, then you need to consider to consult a professional psychologist. 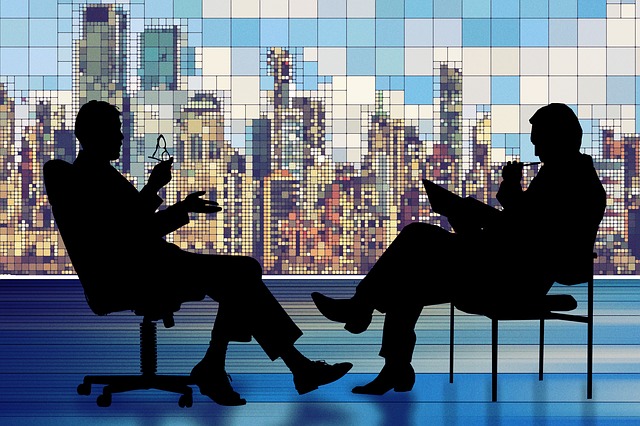 I feel that, when some people are thinking about something, they unwittingly put what they think into self-talking. It’s because the thing they are thinking is a long-suffering thing and is a very unhappy thing. For example, being bullied by others which failing to get back a fair judgment or compensation, or difficult problems which failing to find a solution. All of these causes the depression of the mind and often fall into deep thinking that cannot extricate themselves.

First, you should understand this situation is a near abnormal state. You should often friends or family members to talk about their own affairs. On the other hand, you should actively find out how to solve these problems. Only the problem is really solved, the depression will be lifted.

So if you feel depressed that cannot be released, it should be a little earlier to understand. How can you really let your heart feel better? Everyone’s character is different. The method and effect of relief are also different. You should find a solution that suits them without breaking the law, which really make you feel comfortable and no longer be troubled. 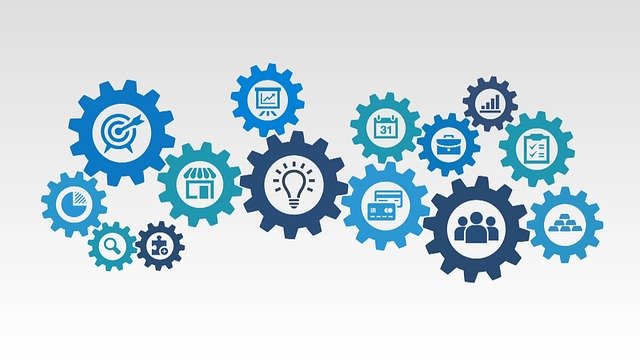 Have you ever tried to mutter or talk to yourself? Psychologist Elizabeth Scott says that positive self-talk can reduce stress and improve the quality of life.

Scott says positive or negative patterns of self-talk usually begins as children and can affect individuals in many ways, including how they face stress in their lives. She says people with negative habits of self-talk should change their habits and turn into positive self-talk.

Experts say positive self-talk ingress is an effective way to self-motivate, increase confidence and even reduce stress in your life.

The power of self-dialogue is great.

There’s a famous actress who gets up every morning and the first thing is to stand in front of the mirror and say to herself, “I’m the prettiest woman in the world!” Everyone loves me. Then she was immediately full of self-confidence, and in the eyes of others, she had an irresistible charm and became one of the most popular female stars. This a typical example of self-talk to motivate yourself.

If everyone can talk to themselves honestly and constantly motivate and cheer, it can be very helpful to the mood. For example, lose weight by talking to myself: I can definitely lose two kilos in a week. For those who are afraid of the onstage or afraid of the people, can tell themselves: I am very happy to speak to the audience on this subject, I am very sure I will perform very well. Keep telling yourself that naturally the idea goes into the subconscious and gives yourself enough confidence.

The late psychologist Harriet B. Braiker thinks there are many benefits to self-talk. Internal dialogue has a powerful force to adjust emotions and act as an incentive. Through self-talk can clearly understand how to face personnel, so as to help themselves manage their emotions and aware of their shortcomings. In addition, self-dialogue can enhance confidence and allow individuals to play extreme talent.

Interestingly, studies have found that self-dialogue strengthens memory. Gary Lupyan, an associate professor in the Department of Psychology at the University of Wisconsin-based Madison, found that people who spoke to themselves were more likely to find lost items than those who didn’t, ABC reported. The researchers divided the participants into two groups. One group kept saying the names of the food they were looking for, while the other group kept quiet. As a result, foods with more distinctive colors are more likely to be found when the names of foods are read out.

According to the New York Times, researchers at the University of Michigan conducted a study in which researchers put pressure on the study to give them only five minutes to prepare a speech and explain to the jury how they fit into their desired job. They also cannot take notes. Half were told to talk first-person to relieve stress, and another half were told to use the second-person to talk to themselves.

It turned out that the group that used “Why are you nervous” were more confident, persuasive, and less nervous than the group who said “Why am I nervous?” This is because when you think of yourself as another person, the person gives himself a more objective opinion.

A newly divorced woman attends a party and wants a man to approach her, but she doesn’t come to their attention. When no man approached her, she began to feel confused, upset and depressed. The woman thought it had something to do with her self-talk. The woman said: “Beautiful women don’t need to take the initiative to make friends with strangers. I should wait for someone else to come toward me. If her previous self-talk was positive, it might have been different, such as: I’m a smart and attractive woman, I have so many interesting topics that I should look for opportunities to talk to people I meet.

The woman believes that negative self-talk can have a negative impact on things. When you realize that you have negative self-dialogue, you should try to change your conversation.

Some psychologists suggest several ways to transform negative self-talk. Keeping a diary can help us write down the appearance of negative thinking and summarize the day’s thinking. In addition, once you realize that you’re having a negative conversation, stop it and tell yourself to stop.

Also, replacing negative words with milder words, which can be a way to dilute our emotions. For instance, I hate traffic jam, that make me angry. It’s a strongly negative self-talk that should be replaced by some milder expression: I don’t like congestion, which annoys me.

Instead of saying “I can’t do it, it’s impossible!”, you should put it into questions “Can I do it? How is that possible?” This will help open up your imagination scants for new frontiers. 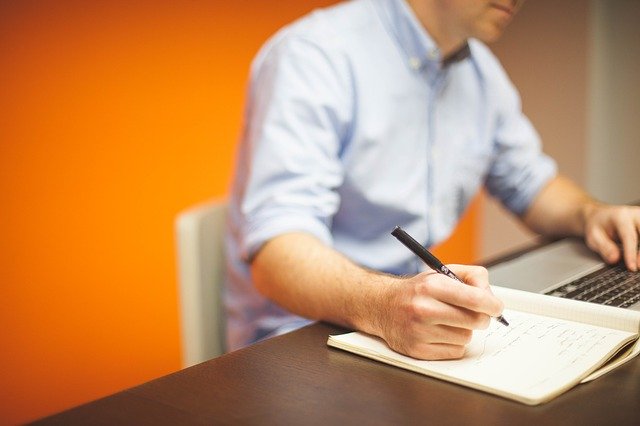 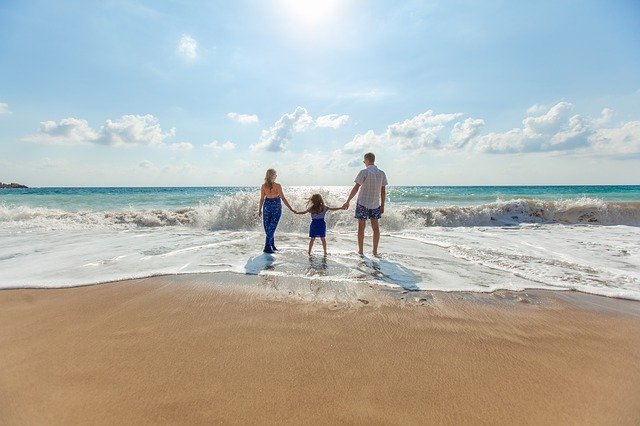 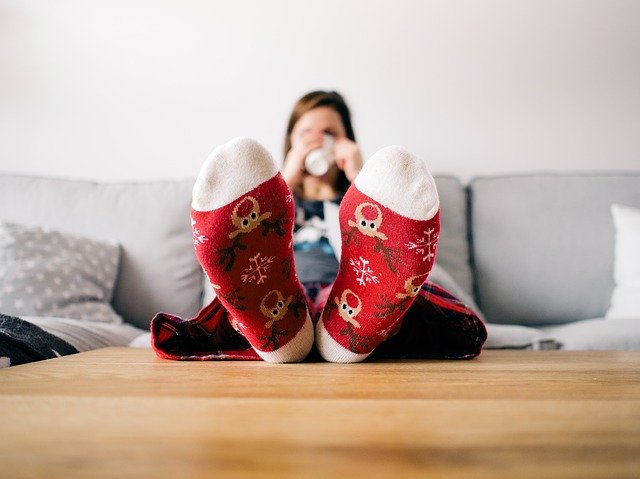 How do you fight laziness? Don’t let laziness control you